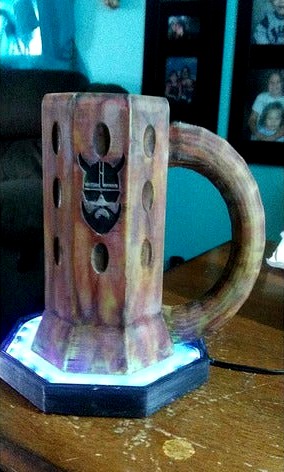 The Mug Of Giant Awesomeness

by Thingiverse
Get from Thingiverse
Last crawled date: 2 years, 9 months ago
So...the glow in the dark effect is very light, but it turned out well. The mug is glow in the dark green PLA with orange sharpies marker rubbed/ brushed down with acetone. The base is black PLA, with a ring of UV leads embedded in bar topping epoxy to make it waterproof.
This example was printed at 80% scaling on the mug.
Might make a different base with more upwards directed and brighter LEDs.
The marks on the back bear explanations.
The top is the rune stave "Aegishjalmur" , the Helm Of Awe.
The second is the rune stave " Vegvisir" , a Norse rune that supposedly always allowed one to find his way.
The third is the Thurs rune which stood for "giant" in Norse.
So I guess you could say..." May you always find your way to a giant awesome beer!!!"
Print in PLA at recommended settings for your filament. I did 0.4mm on a 0.4mm nozzle, but YMMV.
The woodtoning works best with a light color for a base. orange and green sharpies combine to make a nice brown when brushed or rubbed with acetone. Make long verticle marks like the woodgrain would be, then brush acetone on with a cheap chip brush or similar. Takes some training...I suggest a flat test piece and some practice. 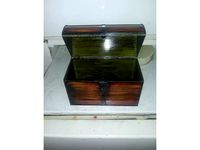 ...though they may not be strictly needed.) magnets for the catch are 8mmx3mm neodymiums from home despot.(magnet source brand name)
thingiverse
free 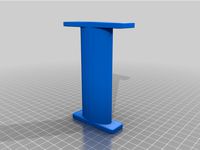 ... lighter areas to more closely simulate wood. i recommend letting dry for at least an hour then sealing with a decent clear coat.
thingiverse
free 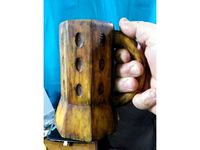 ...d feel free to play with colors a bit, to get the effect you are looking for. let dry a few days after woodgraining before using.
cg_trader
$9 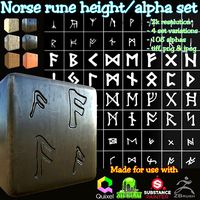 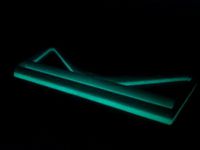 ...5mm "glow in the dark green" and then white. in darkness its nice! see picture printed with pla from 3druckstore.com
thingiverse
free 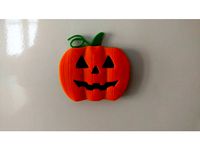 ... for the base, black in the middle and orange on the top. changed filament at layer 17 and 25. glued a small magnect on the back.
thingiverse
free 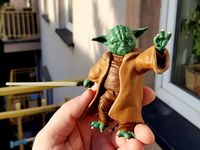 Yoda bookend by Huanksta no stand

...lace it with one printed in fluorescent pla - it glow in the dark (im not able to make good photos of it) and it looks awesome !!
thingiverse
free 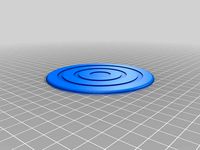 Night Stand Coaster (glows in the dark) by balassy

... inlays on a single extruder printer. so i designed this simple coaster that has inlays of luminous pla, so it glows in the dark!
thingiverse
free 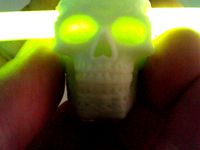 ...stead of the stl. if you downloaded this previous to that, check the files again. the ...qec file is a lower polycount version.
turbosquid
free 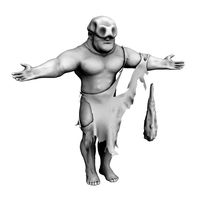 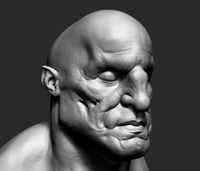 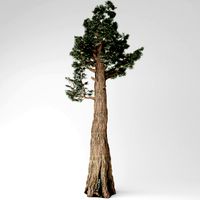 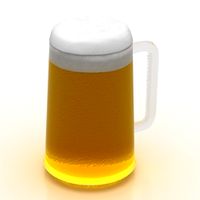 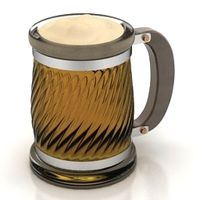 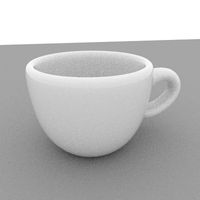 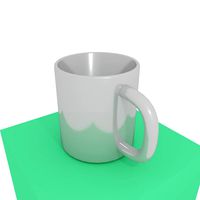 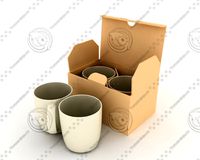 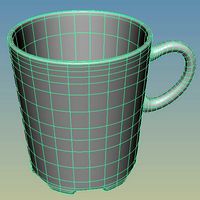 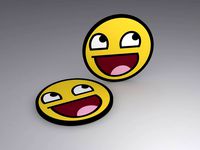 ...awesome crane turbosquid this is the awesome crane, a hovercar used in a futureistic race.
3d_export
$20 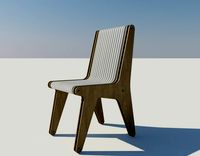 ...awesome chair turbosquid this is a concept chair created from other references, with some modifications.
turbosquid
free

...who wouldn't want to sit on this awesome futuristic couch? if only there was a couch like this for me to sit on in real life.
turbosquid
free 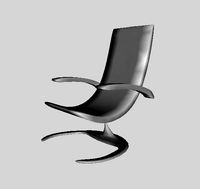 ...e chair turbosquid it's a chair!. modernish looking, maybe swedish. we can't tell yet, we don't have the technology.
turbosquid
$25 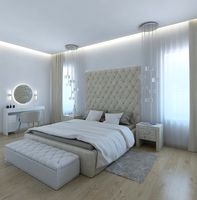 ...;br><br>the renders were made in blender cycles so when you render in your own renderer the colors might look different.